You will not find any park like this one in the world! It’s a public park and it belongs to the city’s heritage. Gaudí’s unfinished urbanistic dream, listed UNESCO World Heritage in 1984.
Another marvel that awaits you on your visit to Barcelona! 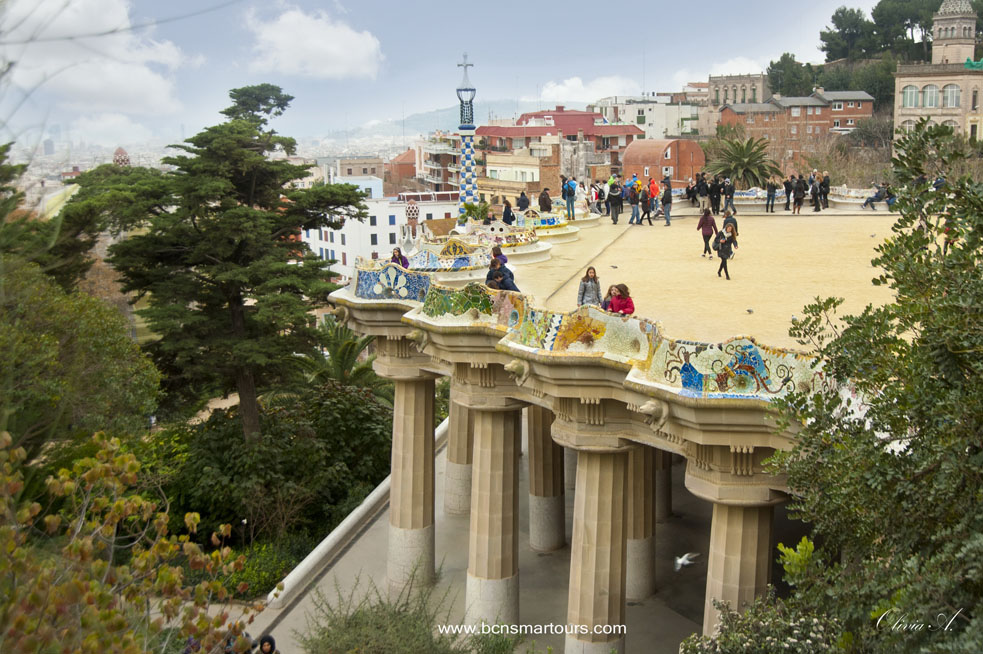 The most ambitious urban planning operation of Barcelona in the late XIX th century, has its origins in an urban development awarded to Antoni Gaudí by Count Güell a prominent Catalan industrialist, whose plan was to design an elegant estate with family houses for well-to-do families, along with a network of roads, viaducts and staircases to make it easier to get around the hilly terrain. Güell wanted to recreate the British residential parks inspired in Ebenezer Howard’s model. Hence why he called it Park Güell (using the English spelling).
Predictably, the person entrusted with carrying out Güell’s planning scheme was Antoni Gaudí. Gaudí’s project involved the construction of a housing estate of 60 private plots and large common gardens devising the idea of a bucolic retreat for the highest bourgeoisie of Barcelona.
Its location on the hillside of the Carmelo Mountain so far from the city was ideal to symbolise the metaphor of the ascent to paradise, to Eden.
The project, however, was a total failure.

The prodigious structures raised among the typical Mediterranean vegetation are a curious mixture of fantasy and spirituality, which the staunch patriot Gaudí interspersed with Catalan emblems. A work, in short, where Gaudí gave up his habitual historicism and boldly chose a language of his own ranging from naturally inspired forms to a surprisingly avant-garde plasticity.